Test Tubes ‒ All You Need to Know | Labkafe

All You Need to Know About Test Tubes

Whenever one says the word ‘laboratory’, the image of a test tube jumps to the mind directly, doesn’t it? Test tubes have become iconic with the concept of chemical or microbiology labs, and sample collection centers too. But how much do you actually know about test tubes? Labkafe sets out to explore the knowledge of test tubes today.

What Are Test Tubes

To be precise, a test tube is nothing but a piece of glass or plastic tubing with one end closed off by its own material. The test tubes we see being used in the laboratories today are generally made of glass, and in pathological laboratories, the test tubes are often made of clear, sterile plastic.

Test tubes are used to hold some amount of liquid or powdered material, and are kept vertically so that the open side is up top and the closed end is at the bottom. They are stored in the labs in special racks called  test tube rack s that allow the tubes to stand upright. This also reduces some accidental jolting.

How Test Tubes Are Used

Glass test tubes are used to heat up the matter inside them. They are fairly thin but moderately strong, so they are a very good container to heat up small amounts of matter (provided it’s not metal or something similar that can melt the glass). For this reason, almost all glass test tubes have rounded bottoms and are predominantly used in chemistry laboratories.

Depending upon their usage, some test tubes are also called “culture tubes” or “sample tubes”. In microbiology or other bioscience labs, clear plastic test tubes are used to hold all kinds of tiny living organisms like bacteria, fungi, plant seedlings, etc. (hence the name ‘culture tube). Culture tubes are kept horizontally instead of vertically when breeding microorganisms so as to increase the surface area to the maximum.

In pathology and medicine labs, sterile, clear plastic tubes are used to collect and keep body fluids like blood and urine. Mostly blood. Called “sample tubes” aptly, their insides are emptied of all air before use and sealed with caps so that no kind of organism can grow inside. For this reason, sample test tubes are also called ‘vacutainers’ (for vacuum + container).

Note: Often according to usage, serum collection tubes are sealed with some sort of chemical within them that needs to immediately mix with the sample fluid for some good reason. For example, a pathology lab section dedicated to drawing blood samples would use sample tubes with Sodium Citrate, which acts as an anticoagulant that keeps the blood liquid within the tube. When drawing blood, this immediately mixes with it and lets the lab store the blood for a long time without drying. These sample tubes with additives will be color-marked (light blue cap for tubes with sodium citrate) to prevent human mistakes.

Other Uses of Test Tubes

Glass test tubes are great for heating up liquids, but there is a problem when you try to boil some liquid in a standard test tube for some time. When a liquid boils in such a small enclosure, it doesn’t get enough surface area to let the gas out (one reason why test tubes are tilted when heating liquids; it increases the surface area as you tilt). So, when boiling violently, the liquid may explode out of the tube, causing awful accidents, resulting in extremely painful and damaging burns. Boiling acid is no joke.

For exactly this reason, a bigger-sized test tube (about 50% larger than normal test tubes) is used in chemistry laboratories expressly for the purpose of boiling things for some time. These “boiling tubes” have somewhat thicker walls and sturdier construction (and are larger), but otherwise, they are mostly the same as normal test tubes.

Suppose you need some small quantities of solid powder material that you want directly heated for a good amount of time at a high temperature. Normal glass test tubes won’t cut it here since they can melt. For this purpose, a specially made test tube called an ignition tube is used. They are made of toughened, thick borosilicate glass that won’t get soft at those temperatures. A sodium fusion reaction is a good example of such a case where an ignition tube is required.

However, there is a downside to this. Normally, glass test tubes used at chem labs are easily cleaned with a test tube brush. But ignition tubes often have melted residues at and around the bottom inside, which is very hard to scrape out using that. Also, they are very small too and are quite brittle. So, you can expect to use ignition tubes in a disposable manner only.

While not common, there are other types of test tubes used for very specific tasks. There is a graduated test tube used for measuring small amounts of liquids while in action. There are also specially-made conical-bottomed tubes that are best for mounting on centrifuges. There is a “Folin-Wu” blood sugar tube with a very odd shape.

Some test tubes are coated on the outside with amber to handle light-sensitive substances. Some test tubes are so tiny they can hold just 2-3 drops of liquid (1 ml), and there are their huge contrast brothers with nearly two hundred milliliters capacity. Some don’t have rims. Some have glass stoppers instead of standard rubber or cork.  Some have flat bottoms and can stand on their own. The variety is limitless! But remember that these test tubes are used for very specific purposes only, and chances are that you won’t probably find them in your standard school labs.

What Test Tubes Are Made Of

The most common test tube in the world is the glass test tube used in chemistry and biology labs all over the world in school and college labs, in research institutes, and for some heating work in medical and pharma labs as well. They are made out of borosilicate glass (most commonly), but they can be made from fused quartz as well to withstand high temperatures.

The reason for using glass for test tubes is fairly simple. Glass, especially borosilicate glass, is one of the most inert materials in the world ‒ it doesn’t react with any standard lab chemicals unless melted. And they have a fairly high melting point, making them a great choice for boiling various liquids, from water to sulphuric acid. Glass test tubes generally have a rounded bottom for easy heating and a flared top for easy pouring.

Labkafe has sold probably millions of test tubes to schools and colleges. Our test tubes are 15×125 mm in size and can hold about 10 ml of liquid. They can withstand over 1000°C of heat, making them a solid member of school and college chemistry lab packages .

When heating liquids in a glass test tube, it is held by tongs or test tube clamps at an angle over the flame. The top remains relatively cool while the bottom goes up hundreds of degrees, due to the low heat conductivity of glass. Some glass test tubes come with cork to temporarily close off the topside.

While glass is great for experimenting in, it’s not good for durability ‒ glass breaks easily, everybody knows. So, in pathology and medical labs where test tubes don’t have to be heated (indeed, they will be frozen most of the time instead), but may go through a lot of motions like shaking or spinning, they are made from clear plastic instead of glass.

The actual material used in these tubes is polystyrene or polypropylene and they have plastic caps screwed on. Unlike glass tubes, plastic test tubes are used one-time only (disposable), and they have flat thick bottoms and straight, screwed tops. These come in various sizes according to use (blood collection tubes are often stubbier than normal test tubes).

You can clean test tubes with a standard test tube brush and soap water. After cleaning, you can put them on a  test tube peg rack (upside down) to let them dry. This is the way.

Bottom of the Tube

To be sure, test tubes have become iconic with labs, as we’ve mentioned earlier. Any chemistry or bioscience lab picture is bound to have some test tubes in it. Indeed, most of the school-level chemical experiments you have to learn are done with test tubes mostly ‒ for example,  identification of various salts . In a school biology lab as well you can expect to hold a test tube all day figuring out what kind of nutrient is in it; protein, fat, or starch.

Long story short, test tubes have been in labs since the beginning of modern science, and they are likely to stay there until we can invent something highly sci-fi-like suspension fields or something akin to that. This is why test tubes from an obvious part of most lab equipment packages . 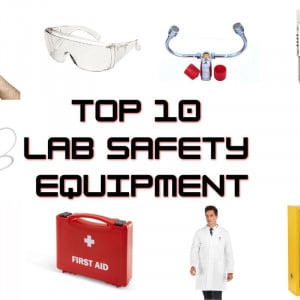