One of the most common chemistry laboratory experiments in school laboratories is the identification reaction or salt analysis of inorganic salts. In these experiments, we analyze a given, unknown salt substance to figure out the cations and anions that make up the salt. You will have to perform various experiments step by step and note down the observations, and from them figure out which salt it was.

This massive class 12 practical class experiment can get pretty confusing to do. First, you have to prepare some sort of solution, and then try different things on it to see what happens. You have to record all of this. And then, from those notes, you have to finally decide what kind of ions may be present in the given salt. This is a fairly difficult task for students that are just learning the secrets of chemistry. Fortunately, there are only a few salts available in most school labs and you can take advantage of that fact. So, today Labkafe Learning Center has brought to you the identification reactions of the most commonly used 10 salts available in school chemistry labs.

We will arrange this analysis text in a rather unusual way. Generally, in textbooks, the reactions are categorized into per-group of cations and anions. Here instead we will give you three steps to identify each ion.

The first would be a visual hint that will give you a clue about how that cation or anion may look like in a salt. The second is a preliminary test which gives a near-positive result for that ion, acting as a hint to go to the next step. And the third is a confirmatory test you should only perform if the preliminary test has come positive. If this third step also happens as described, then you can bet your unknown salt has that cation or anion in it!

This process is also called qualitative analysis. Let’s jump in! But first, you should know how to prepare the original solution on which you will perform most of these tests. If the salt is water-soluble, then you can mix it easily in cool or hot water. If that doesn’t work, you will have to try and dissolve it in light hydrochloric acid. This makes the Original Solution in salt analysis and identification reaction experiments.

First, we will list five of the most common cations that come in chemistry practical exams.

A Cu2+ cation is a group 2 cation. Copper salts generally have a blue color. If you get a blueish salt, then you can go ahead and try the following salt identification tests.

In the original solution, add a few drops of dilute hydrochloric acid and hydrogen sulfide to the solution. A black precipitate will form.

Filter out the black precipitate you found in the previous step using filter paper. Now put it back into a clean tube and add ammonium hydroxide. It will dissolve the black thing and form a nice blue solution.

Ferric salts are generally yellow, brown, or something in-between. A rust-colored salt can be pretty certainly ‒ well ‒ rust. But don’t go by that since rust is Ferrous, not Ferric. Better go to the next step with a brownish or yellowish salt.

There is no chemical test as the preliminary test for the Fe2+ or Fe3+ ions ‒ visual determination is the only way. Ferrous (Fe2+) salts would have a greenish tinge and Ferric (Fe3+) salts will have a brownish hue, that’s all. You have to do the confirmatory test to figure it out.

Unfortunately, Strontium salts generally don’t have any special color or texture to speak of. Instead, they are better found in a flame test. Read about how to perform a flame test here. In the flame, Sr2+ ions give a good red color. Warning: don’t get confused with an orange-red flame color given by calcium cations.

Funny enough, the flame test is both the hint and confirmation for detecting the presence of strontium ions. A bright red flame will be seen in this case. (Again don’t get confused with the calcium ions).

Most cobalt salts are dark blue when dry. Some are brick-red. Cobalt chloride, for example, is powder blue when dry but when moist it gives a nice onion-ish color. In a flame test, Co2+ will give a pink flame.

Most ammonium salts used in school labs are very much water-soluble but don’t have much in the way of color or texture ‒ that should be your first hint. Neither do they reveal anything in a flame test.

Sorry to say, NH4 ions don’t have any preliminary test either. You have to do a confirmatory test directly. Saves time, doesn’t it!

Put some sodium hydroxide in the original solution and add some Nessler’s reagent to it. Some yellow or brown dirt should start falling.

Now we can move on to the 5 most common anions that are given in the identification reaction tests. Unfortunately for anions, there are no special visual hints to be considered ‒ tests are the only way.

If it’s a chloride salt then it should be soluble in water. Prepare a water-based original solution and do the following:

There are no preliminary tests for sulfate and phosphate ions, yay! Go straight to the confirmatory test step.

Take some of the dry salt in a test tube and add just a couple of drops of concentrated sulfuric acid. If there are nitrate ions in there, you will see a brownish gas coming out with a very pungent smell.

If you add some magnesium sulfate to the watery original solution, it will give out a white precipitate. That signifies some carbonate in it.

Start with some dry salt in a test tube and put a little bit of concentrated sulphuric acid in it. A violet-colored gas should come out of the tube.

Note: Since potassium iodide is the only salt with the I- anion available in school labs generally, you can take a shortcut. KI looks like a simple white powder that gets diluted in water very easily. So, if you get such a specimen, you should first do the preliminary test and see if you get the violet fumes.

The class 12 chemistry practical salt analysis is extremely important. Learning properly, it is actually a good way to earn practical exam marks ‒ and to cement your understanding of the common chemicals. This systematic qualitative analysis of inorganic salts is a good way to recognize your way around a chemistry laboratory if you’re trying to build a career in chemistry.

The identification reaction practical of class XII is done by separating the cations and anions (positive and negative ions) in a given salt compound. Chances are, it will have two of the above cations and anions in its compositions. When you’ve identified both of them carefully, construct the formula of the salt in question. Be careful about the valencies of each ion, they should match up perfectly! So, what are you waiting for? Grab your test tubes and let's go! 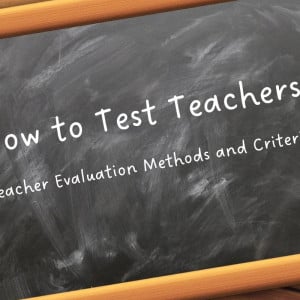