What is a Centrifuge Machine, Why Do We Use it in Laboratories, and How to Operate Them

There are many experiments and tests in chemistry and biotechnology where you have to observe precipitates. But the problem with them is that when they form, they generally form a suspension and you will have to wait a long time for them to settle on the bottom of the test tube you used. That’s not efficient at all! And here is where we use centrifuges ‒ to separate heavy particles from a liquid quickly.

A centrifuge machine is basically a rotating platform that can hold some tube-like glassware (or plasticware) and spin them in a high velocity so that the liquid inside them presses down hard on the bottom of the tubes. If you’re looking for the definition of a centrifuge, here it is:

Definition of a Centrifuge

A centrifuge is a mechanical or electromechanical device used to separate various components of a liquid. It achieves that by simulating a very high gravity environment inside the tubes by producing centrifugal forces by spinning very fast.

The very first idea of a centrifuge came from a British military engineer named Benjamin Robins, who invented something like an arm rotating about an axis, to determine drag force on things. Later, the Prandtl brothers improved on this to make the world’s first usable centrifuge that separated cream from milk.

Description of a Centrifuge

Most centrifuges you will see in the line of laboratory work are benchtop or tabletop centrifuges. It is a boxlike affair with a circular platform in it, shaped like the bottom half of a conical flask. The platform can spin very fast, and has holes drilled in it at about 45 degree angles, in which you can fit centrifuge tubes.

The box may or may not have a lid, and it will have control buttons or knobs somewhere, generally on the front. If you’re looking at a vintage or antique manual model, there may be a hand-crank instead that turns the platform through various gears.

Working Principle of a Centrifuge

A centrifuge works with the principle of sedimentation due to gravitational force. When a tube is spun with the bottom side outward to the spin, the centrifugal force created by the spin acts like high gravity on the tube’s sample. This pulls down the heavier components of a mixture faster than the lighter components ‒ and they neatly lay down at the bottom of the tubes in layers.

Continuous tubular centrifuges work a little bit differently. Instead of holding tubes, they are basically rotating drums with slanted walls. The heavy part of the mix goes to the outer wall due to centrifugal force, and the lighter part stays near the center. Both are extracted by separate outlets, while new mix gets added continuously.

How to Operate a Centrifuge

Often found in chemistry, biochemistry, and hematology labs, centrifuges are expensive lab instruments but are fairly easy to operate. All you have to do is the following:

Parting the solid parts off a liquid mix is kind of an important matter in many industries, and so you’ll find centrifuges of some type in many kinds of places. The most important centrifuge uses are as follows.

Do you want a centrifuge for your laboratory too? Labkafe has various centrifuge models to sell, as well as different sizes and types of centrifuge tubes and holders. Check them out in our lab instrument section! 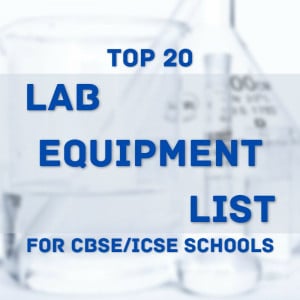